January 21, 1921. The first meeting for the purpose of organizing a congregation was held.

The name Trinity Memorial Lutheran Church was given in memory of the late Rev. Mron O. Rath; Franklin Koser: a member of the Sunday School, who made the supreme sacrifice during World War I; and in honor of other veterans of the community.

April 30, 1922. Ground breaking services for the original church were held.

November 1943. The parsonage at 2442 S. Fifth Street was acquired through the Clinton Sell Endowment.

December, 1953. The property at 519 W. Emaus Avenue was purchased for the use of a parsonage and provided land for further expansion of the church facilities. 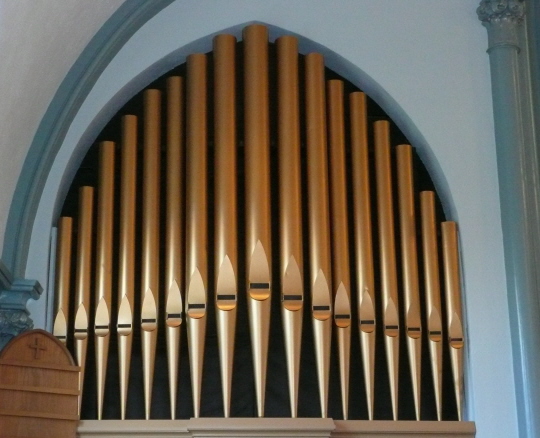 First issue of the “Star”.

September 18, 1960. The cornerstone of the Christian Education building was laid.

1967. The Sanctuary was redecorated

1980. The church was renovated and the Stained Glass windows were placed.

1986. The Kemmerer property was purchased in for a new parsonage and to allow for future expansion.

1993. The parsonage at 519 W. Emaus Avenue was raised due to water damage from frozen pipes and to allow for a parking lot.

1994. The east parking lot was completed.

The congregation has grown from 89 charter members to 817 confirmed members in 1996!